It finally came today! My Lost Dharma Initiative Season 5 Blu-ray set! The Dharma pamphlets are kind of cool but what was really cool was the secret letter that came with the set. The letter details the agreements between the Hostiles and the Dharma Initiative. Richard Alpert wrote a couple of interesting comments on the truce, but I don’t want to share them online, because they are confidential. I completed my first five classes on Lost University on Blu-ray live. Each subject has one or two classes, a homework assignment, and a final exam. Online at lostuniversity.org you can look at class notes and homework assignments for your project. The Dharma Initiative set is a lot of fun for a major Lost nerd like me and I feel that the extra money spent for it over the basic set is well worth it. 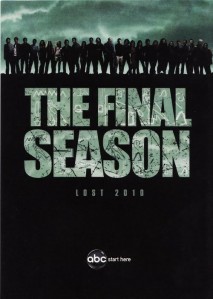 For about four months Lost inspired posters have been released on damoncarltonandapolarbear.com. I have tried to buy the last six posters and failed every time because they sell out in a matter of seconds. There is one more poster left to be released but its not going to be released the same way as the others. I have no clue how its going to be released or what it is will be, all I know is that I want it.

ABC has released the first five parts of a documentary about the Dharma Initiative at this site. The last part is only available on the season 5 DVD or Blu-ray. The documentary covers things like information about Dharma recruitment and there is an interview with Olivia Goodspeed, the wife of Horace.

You can also enroll at Lost University. If you buy the Lost Season 5 Blu-ray set you will be able to go online and take classes designed to teach you about important Lost things like the study of time travel, foriegn languages. The classes are taught by real people from the field and Lost cast members will teach a course in Jungle survival. For those of you that don’t want to buy the blu-rays, at the Lost University site you will be able to watch a couple of videos that recap important Lost themes in the Tutoring Center but thats about all you can do without the blu-rays.

I kind of wish I hadn’t preorderd my Lost blu-ray season 5 special Dharma Initiative set back in July because I am gonna be getting it two days late because of delievery. (I know that last sentance made me sound like a huge nerd. I am a huge nerd and I am proud to be a huge nerd.) The Dharma Special Edition is supposed to be a kit that new Dharma recruits recieve when they begin. It has a cafeteria menu, and other Dharma pamphlets, a Geranimo Jackson CD, an orientation VHS, Dharma patches, and a secret package. I am so excited to get this! You only have two more months to start or finish rewatching the first five seasons!